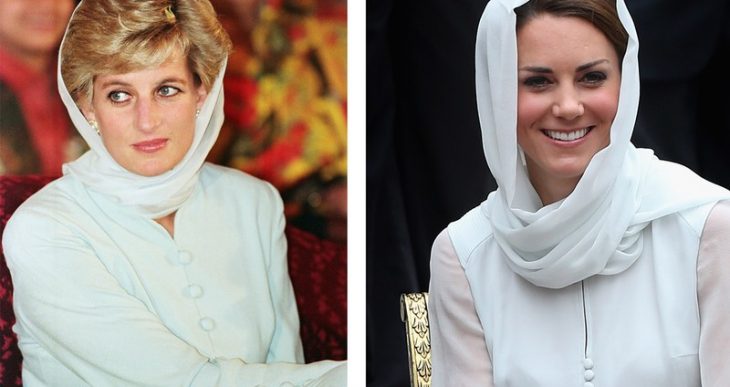 Many admire the outfits of Cambridge Duchess Kate Middleton and try to duplicate her style, however, it turns out that Middleton’s fashion choices themselves appear to be inspired by another member of the royal family: the late Princess Diana. The two women favored different designers—Kate is partial to Alexander McQueen and Erdem, while Princess Diana leaned into David Sassoon and Bruce Oldfield—yet both women’s tastes include crisp coats, pastel suits, and dazzling formal wear. Here we gathered some of the straight-up fashion twinning, courtesy of Kate Middleton and Princess Diana.