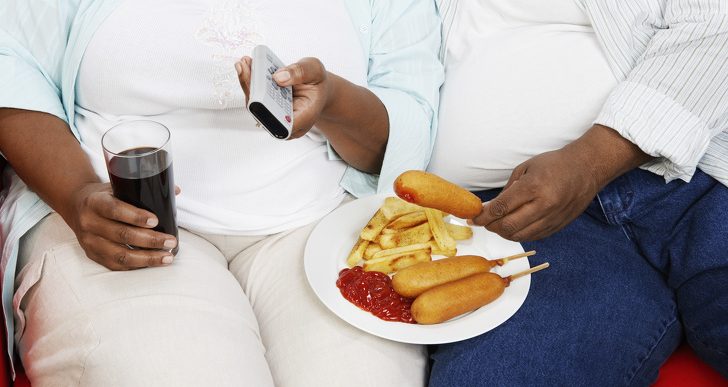 The idea that happy couples gain weight when they love each other sounds slightly far-fetched, but surprisingly, there is evidence that supports this statement. According to several studies, couples who reported to be happy and satisfied in their relationships/marriages are more likely to gain weight.

Research done by the University of North Carolina followed the weight measurements of more than 8,000 people and it was concluded that a married woman can gain, on average, 24 pounds during the first 5 to 6 years of her marriage. In addition, women who lived with their partners but weren’t married gained 22 pounds while women who were dating but weren’t living with their partner gained only 13 pounds.

The study reached the conclusion that happy couples gain more weight because they don’t have the need to attract another partner and they feel happier the way they are. Whereas couples who feel unhappy in their relationships are unable to gain more weight due to stress. However, it is recommended for happily married couples who gained weight to think of their BMI because of health issues rather than their appearance.