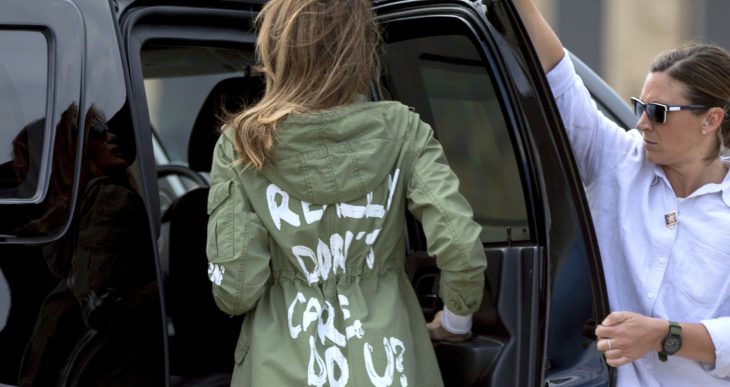 Melania Trump wore “I really don’t care. Do U?’” jacket ։ What was her intention?

The first Lady of the USA Melania Trump wore a jacket that read “I really don’t care, do u?” She boarded a flight on Thursday to a facility housing migrant children separated from their parents.

Melania’s spokeswoman Stephanie Grisham told CNN that the jacket had no hidden message.

Afterwards, Grisham tweeted same lines and added “ If media would spend their time & energy on her actions & efforts to help kids – rather than speculate & focus on her wardrobe – we could get so much accomplished on behalf of children. #SheCares #ItsJustAJacket”” 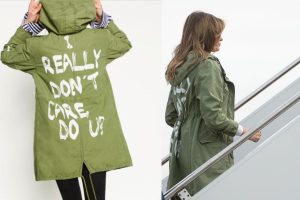 Later, President Donald Trump said the jacket’s message was a shot at the media.

“I REALLY DON’T CARE, DO U?” written on the back of Melania’s jacket, refers to the Fake News Media. Melania has learned how dishonest they are, and she truly no longer cares!” he tweeted.

As you have noticed justifications contradict to each other and we cannot understand the real intentions of wearing that Jacket.

And as CNN noted, we can’t say that  “a jacket is just a jacket”, because we are talking about the first lady of the United States. Melanie has even given big importance in choosing her dresses before becoming the first lady. Accordingly, this fact confuses and makes people think that she could have some hidden message by wearing that jacket.