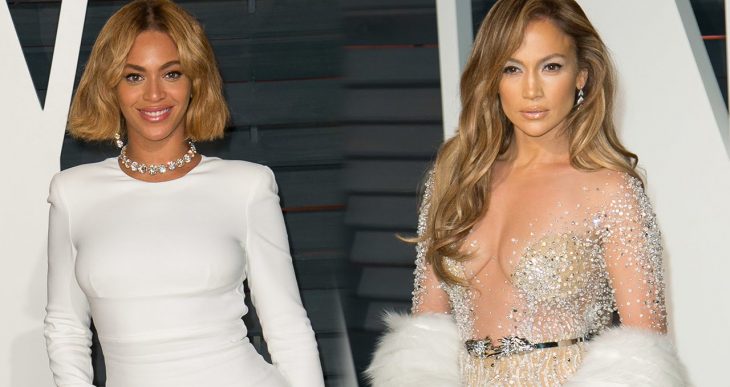 Definitive Proof That Beyoncé Is Obsessed with J.Lo’s Style

In fashion, as in life, everyone needs someone they can look up to. For some people, that person is Beyoncé. For Beyoncé, that person would appear to be Jennifer Lopez. The periodical “Marie Claire” writes about this.

Just look at all the outfits they have in common! By the way, Beyoncé is wearing the same outfit much later than J.Lo as stated by the periodical. 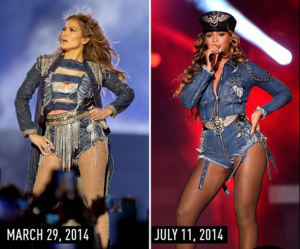 J.Lo performing at the Meydan Racecourse in Dubai on March 29, 2014. 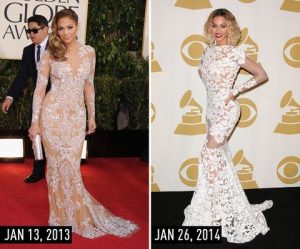 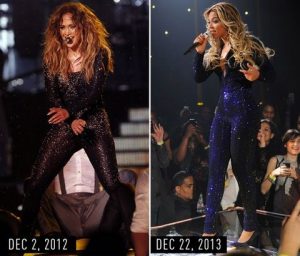 J.Lo performing during her “Dance Again” world tour in Kuala Lumpur on Dec. 2, 2012.

Beyoncé performing during her “The Mrs. Carter Show” world tour at the Barclays Center in New York City on Dec. 22, 2013. 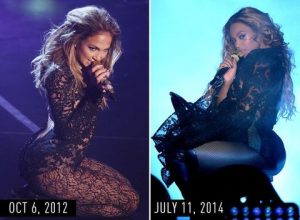 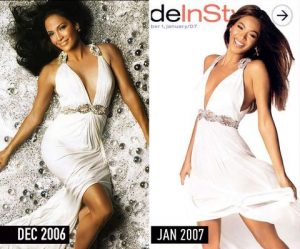 Beyoncé in the January 2007 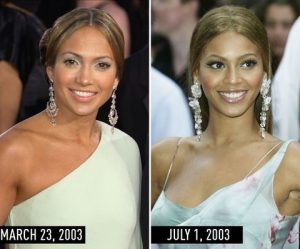 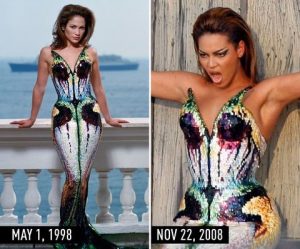