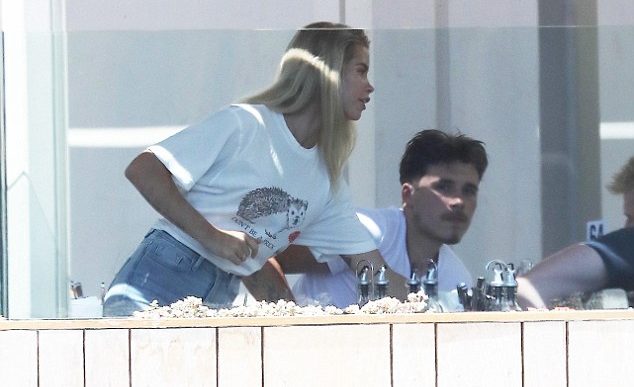 After divorce from the actress Khloe Grace Mores, David Beckham’s eldest son, Brooklyn Beckham, initially found comfort with one of the models of Play Boy magazines, and now has begun to meet with drug dealer Abi Manzoni, as the Daily Mail reports.

Abi is a talented girl. She sings, builds her model carrier and owns a marijuana turnover company. She often tells her followers on social media about her story. Let’s also note that the girl’s business is considered legitimate.

For the first time, the pair together saw last week in front of Abi’s company.