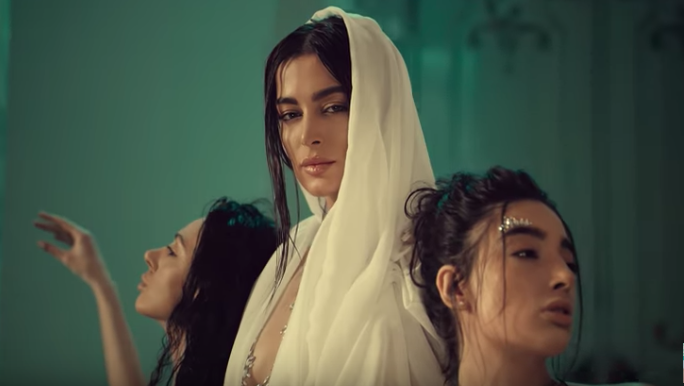 The premiere of Iveta Mukuchyan’s new song video clip took place. The song was written based on Hovhannes Shiraz’s “Armenian Girls” poem, which is one of Iveta’s favorite poems.

This song is not the part of “Margo. woman’s path” line. The video is directed by Aren Bayadyan. The absence of national costumes on Armenian girls is intentional, as the video emphasizes the Armenian girls being fashionable. The designer of the clothes is Mary Stepanyan, a talented Armenian designer.

The video clips were filmed at the National Gallery of Armenia.

However, some music critics have noted that the video seems to be a mix of several famous foreign singers, and there is no a clear absence. In particular, it is noted that the video is “inspired” by such well-known artists as Beyonce, Katy Perry and Ariana Grande. One can make a clear comparison with Beyonce and Jay-Zi’s “THE CARTERS” video shot in Louvre.