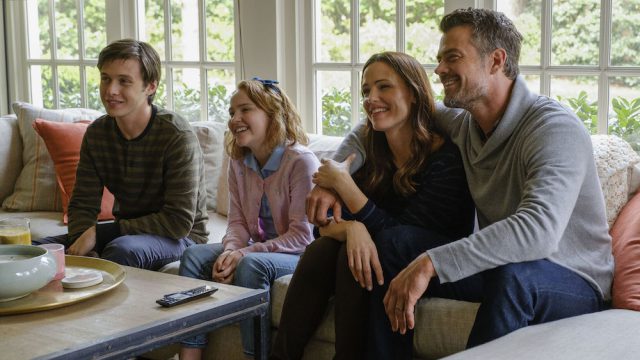 A great way to cheer yourself up after a hard day is to watch a cool comedy. Choose to your taste – they are romantic, youthful, animated and even with elements of a thriller or drama. Below you can find the list of the best latest comedies.

Simon has a secret about which Martin learns by chance. They study at the same school, so now Martin demands that Simon fulfill all his wishes. The blackmailer has only one dream – to have a relationship with a local beauty. And  Simon should help him in this.

Comedy actors Rachel McAdams and Jason Bateman played a gambling married couple who meets trouble. The couple took part in a quest, where a kidnapped man was. It turns out that he was kidnapped in fact. And now the heroes must save him.

A small town, an ordinary school with its football team and cheerleaders. But not everything is so simple! Local residents live here next to the zombies from Zombi Town. Once they penetrate into the senior school as they also want to be educated! Zombie football player Zed and beautiful girl Addison combine the warring sides.

Animated novelty from Wes Anderson, conquered the Berlin Film Festival. Young Atari goes in search of his four-legged friend, dog Spots, to a special island, where all the dogs were banished from the city. He wants to fix everything, because people have to live with their favorites.

The life of the main hero – Adam is boring and monotonous: he has a wife, a child, a good job, a house, a car, but there is no spark. And this is despite the fact that Adam visits the swing club. When it seems to him that there is no way out, he meets a young girl who turns his world upside down.